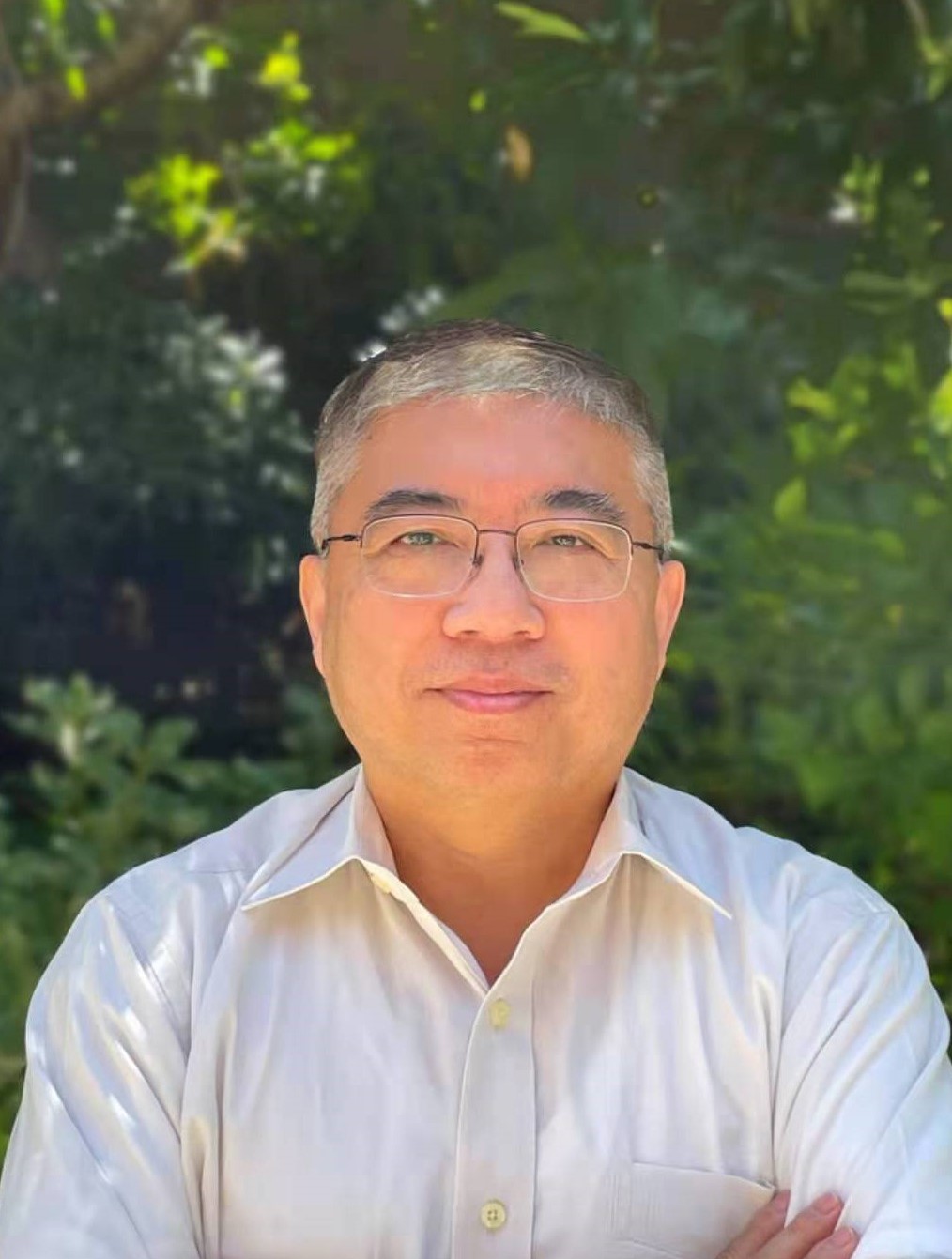 Prior to funding the company, Dr. Yeh served as Vice President, Drug Development at Ignyta, where he led the progression of Ignyta’s multiple programs from Discovery to clinical development, and eventually to approval of Rozlytrek (entrectinib). He led the clinical pharmacology supports through all clinical phases, and NDA preparation of entrectinib. In addition, Dr. Yeh assisted the business development group in the sale of entrectinib to Roche.

Previously, Dr. Yeh served as Vice President, Translational Sciences at Ardea Biosciences, a member of the AstraZeneca Group, where he led the progression of Ardea’s internal development programs from concept to clinical development, and eventually to approval. He led the development teams through all clinical phases, IND, and NDA preparation. In addition, Dr. Yeh assisted the business development group in the sale of Ardea Biosciences to AstraZeneca, and in the successful licensing of refametinib to Bayer Healthcare. He supervised Ardea’s clinical pharmacology activities during clinical trials of refametinib, lesinurad, and verinurad. 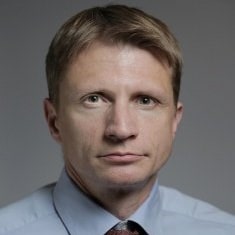 Prior to joining Arthrosi, Dr. Keenan spent most of his career at Duke University. Dr. Keenan was the Founding Director of the Gout and Crystal Arthropathy Clinic at Duke University Medical Center. During that time, he also held numerous roles, including Associate Chief Medical officer of the Patient Revenue Management Organization, Vice Chief for Clinical Affairs for the Division of Rheumatology, Medical Director of the Duke Specialty Infusion Center, and Associate Professor of Medicine at Duke University School of Medicine in the Division of Rheumatology and Immunology.

Shunqi Yan, Ph.D. has over 19 years of drug discovery and development experience in oncology, metabolic, anti-inflammation and rare diseases. He led multidisciplinary teams in various biotechnology and pharmaceutical companies with expertise including drug design with cutting edge technology in computational science and artificial intelligence (AI), medicinal and pharmaceutical chemistry.

Dr. Yan is an inventor of over 400 worldwide patent filings, 230 issued patents globally, 25 granted patents in US and an author of over 30 peer reviewed journal articles. He contributed to the design and discovery of six clinical drugs including IDHIFA (enasidenib) and TIBSOVO (ivosidenib), two first-in-class drugs approved by FDA for acute myeloid leukemia (AML), as well as Mitapivat with NDA & MAA submitted for FDA and EU regulatory approval as a first-in-class oral drug to treat PKR deficiency. Dr. Yan received his Ph.D. degree in Organic Chemistry from Rutgers, The State University of New Jersey and Post-Doctoral training in the National Cancer Institute, NIH. 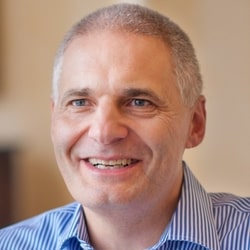 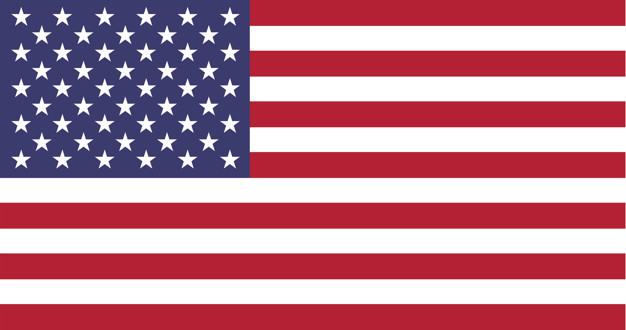 James Mackay, PhD, is Founder, President and Chief Executive Officer of Aristea Therapeutics. James has over 25 years of development and commercialization expertise in the pharmaceutical industry, including 6 drug product approvals across multiple therapeutic areas. Prior to founding Aristea, he was President and Chief Executive Officer of Ardea Biosciences, Inc., following the company’s acquisition by AstraZeneca in 2012. James was instrumental to setting up an innovative model for Ardea Biosciences that retained the biotech’s independence and accountability for the development of the gout franchise while also developing a synergistic and collaborative relationship with the parent company, AstraZeneca. Prior to Ardea, James held senior executive positions at AstraZeneca where he led the development and commercialization of drugs across a range of therapy areas. and managed significant global functional departments. As well as being an advisor to Arthrosi Therapeutics and on the company’s board of directors, James is an independent Board member for both MatriSys BioScience and Privo Technologies. Additionally, James plays a pivotal role in the San Diego Ecosystem and currently sits on the Board and Executive Committee of CONNECT as well as being Vice-Chair of CONNECT. He also sits on the Board of BIOCOM. He is a former Board member of the San Diego Economic Development Corporation (EDC). James holds a BS in Genetics and PhD in Medical Genetics from Aberdeen University, Scotland. 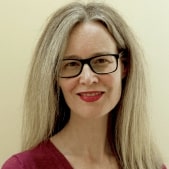 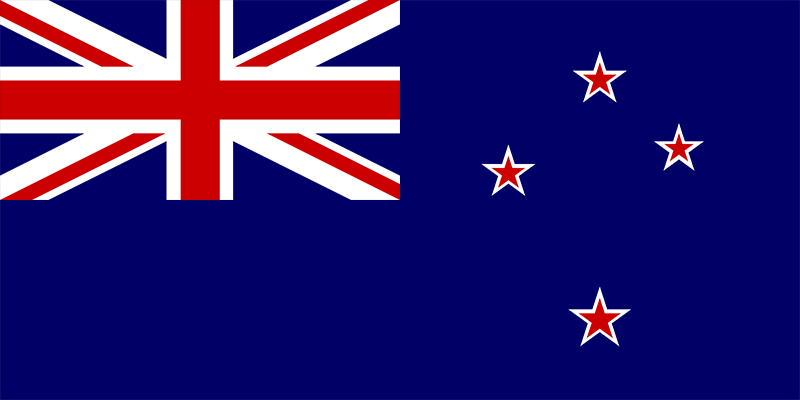 Rheumatologist & Professor, the University of Auckland School of Medicine

Dr. Nicola Dalbeth is a Specialist Rheumatologist and Professor of Medicine from Auckland, New Zealand. She leads a research program focusing on the mechanisms, impact, and treatment of gout. She has been principal investigator on international phase 3 clinical trials of novel therapeutic agents for gout and has led international initiatives to define central concepts of gout, including nomenclature of disease, outcome measures in clinical trials, and response to treatment. She served as a member of the core oversight team for the American College of Rheumatology (ACR) Gout Management Guidelines, and as a steering committee on the 2015 ACR/European League Against Rheumatism gout classification project. 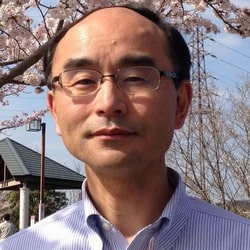 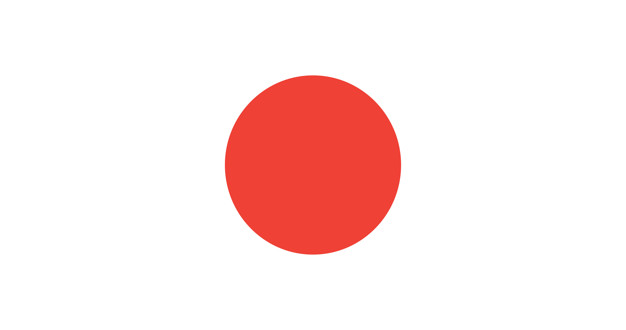 Dr. Ito is a physician in Internal Medicine and Geriatrics, currently practicing Internal Medicine in Tokushukai Hospital in Japan. He has more than 40 years of academic and industrial experience. Dr. Ito received it M.D. and Ph.D. from the School of Medicine in Hokkaido University in Japan. During his visit to US between 1980 and 1990, he completed multiple residency and fellowship in Internal Medicine, Nephrology and Clinical Nutrition in universities and hospitals and was appointed as assistant professor in biochemical genetics & metabolism in Rockefeller University in New York City. Since returning to Japan, Dr. Ito has served several senior positions in global pharmaceutical companies including VP and Head of R&D in Amgen Japan and Senior Medical Advisor in AstraZeneca Japan. He is currently the co-chair of MBSR study group and also an active member in Japanese Mindfulness Association, Japanese Diabetes Society, Japanese Society of Geriatrics, Japanese Society of Internal Medicine, and American Society for Clinical Nutrition. 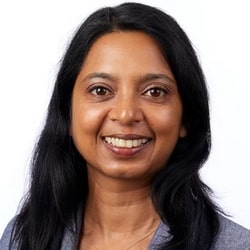 Dr. Tuhina Neogi is a rheumatologist and PhD-trained epidemiologist who is Professor of Medicine and of Epidemiology at Boston University Schools of Medicine and of Public Health, and Chief of Rheumatology at Boston University Medical Center. Dr. Neogi’s areas of research expertise are related to osteoarthritis (OA), the most common form of arthritis and a leading cause of disability worldwide, and gout, a disease with suboptimal management despite available treatments. Dr. Neogi has been highly productive (>200 publications to date) with continuous peer-reviewed funding since completing her clinical training in 2003, including several NIH-funded grants. Her research in OA has included investigations of vitamin K, which has since been pursued by other researchers, bone changes, and pain mechanisms. Her first study on pain in OA, published in BMJ, was recognized at the international OA meeting (OARSI) in 2009 as the leading clinical research paper of the year. Dr Neogi is currently conducting the first and largest longitudinal study of pain sensitization in people with knee osteoarthritis, and the first large-scale evaluation of crystal deposition in knee osteoarthritis using dual-energy CT. She is on the core executive steering committee that developed and published the 2019 American College of Rheumatology (ACR) Treatment Guidelines in OA. In gout, Dr. Neogi has contributed to understanding triggers for gout flares, which has led to changes in treatment guidelines published by the ACR. Her work in gout led to her invitations to write the most recent gout clinical reviews in NEJM and Annals of Internal Medicine, as well as editorials in response to the new American College of Physicians guidelines, and to her leadership in the international effort in developing classification criteria for gout that has become the FDA and EMA standard for gout clinical trials. Dr. Neogi is also the co-PI and senior author of the newly published ACR gout treatment guidelines. Dr. Neogi has been nationally and internationally recognized for her accomplishments with positions of leadership and awards, including the prestigious ACR Henry Kunkel Young Investigator Award in 2014, which is awarded to one clinical researcher and/or basic science researcher annually who has made independent and outstanding contributions to rheumatology research; awardees are considered to be leaders in rheumatology research. In addition to serving on the boards of OARSI and G-CAN (Gout, Hyperuricemia and Crystal-Associated Arthritis Network), several committees of OARSI (including on the OA Clinical Trial Guidelines task force) and ACR, and journal editorial boards, including as an Associate Editor for Osteoarthritis & Cartilage, Dr. Neogi is the chair of the FDA Arthritis Advisory Committee, having served on this committee for 8 years. She is also a past-chair of the ACR Classification and Response Criteria Subcommittee, which oversees development of criteria for use in rheumatology research studies. These positions and awards speak to her national and international reputation. 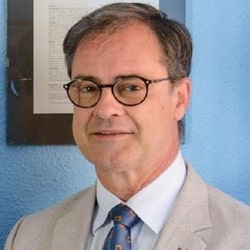 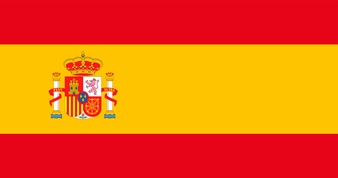 Fernando Pérez-Ruiz, MD, PhD, is a Consultant of the Rheumatology Division in Hospital Universitario Cruces, Head of the Investigation Group for Arthritis at Biocruces Health Research Institute, and Associated Professor of the Department of Medicine in School of Medicine and Nursery at the Basque Country University in Biscay, Spain. He received his MD from Basque Country University and a PhD in from Barcelona University with a clinical investigation program on classification and treatment of hyperuricemia in gout. Board certified in Rheumatology after a fellowship at Hospital Ramón y Cajal in Madrid through qualifying in the national exam for specialty within the top20. He has collaborated with the European League Against Rheumatism (EULAR) 2006 and 2016 recommendations for Gout management, the ACR Guidelines for gout 2012, the OMERACT special interest group for gout, and the T2T 2016 initiative for gout. He founded and coordinated the Crystal-induced Arthritis Study Group of the SER (Spanish Society for Rheumatology) and coordinates the SER-Guidelines and updates for the management of gout. Has served as vice president of SER from 2014 to 2018 in charge of education programs and as delegate at EULAR of the Spanish SER presidency and in the education and the investigation committees. Member of the advisory Committee for rheumatology fellowship at the Spanish Health Ministry 2014 to 2016 and member of the Corporative Pharmacy Commission in the Basque Health Department of the Basque Government. He has served for the last years as associated editor and editorial boards of several indexed journals and as an invited reviewer for more than 30 international journals and is an active member of the editorial board of Springer´s Medicine Matters Rheumatology and Wolters-Kluwer´s Up-to-Date. His research interests include crystal-induced arthritis, and especially gout, but has also investigated and published on CPPD, lupus, rheumatoid arthritis, and fibromyalgia. Dr. Pérez-Ruiz has delivered over 100 lectures, published 144 indexed articles and 21 book chapters, presenting over 250 scientific abstracts in rheumatology meetings on topics relating to diverse rheumatology diseases, but mostly gout, gathering a cumulated impact factor over 1,500, and h-index 48. 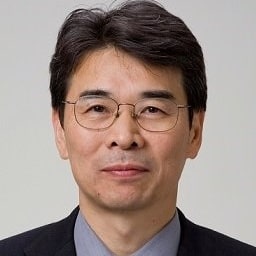 Dr. Ikumi Tamai is a Professor in Faculty of Pharmaceutical Sciences, Institute of Medical, Pharmaceutical and Health Sciences, Kanazawa University, Japan. He received his B.S. from Kanazawa University and Ph.D. in Pharmaceutical Sciences from The University of Tokyo. He started his research on the carrier-mediated transports of drugs and spent two years as Postdoctoral Fellow at University of Chicago and University of Michigan for studies on P-glycoprotein and intestinal drug absorption and transporters, respectively. Then, he was appointed as assistant professor and associate professor in Kanazawa University. In 2002, he moved to Tokyo University of Science as Professor in Faculty of Pharmaceutical Sciences and he is in current Kanazawa University since 2008. His research has focused on membrane transporters that determine pharmacokinetic properties of drugs as well as physiological compounds such as uric acid and carnitine. He has contributed to the researches on (1) the role of P-glycoprotein as the BBB firstly published in 1992, (2) characterization of PEPT1 and intestinal absorption of peptide mimetics, (3) molecular cloning and physiological and pharmacological roles of OCTNs, (4) the roles of OATP transporters for intestinal absorption as well as hepatic disposition of drugs, and (5) regulation mechanism of serum uric acid through transporters and drug-induced hyperuricemia and is serving as councilor of Japanese Society of Gout and Uric & Nucleic Acid. He published more than 300 original articles related to above topics. He served as a member of board of directors of ISSX and JSSX. He also served as Editor-in-Chief of Drug Metabolism and Pharmacokinetics (DMPK) and is currently an associate editor of Biopharmaceutics and Drug Disposition (BDD) and Editor of Pharmaceutical Research (Pharm Res)